Kessily Lewel, and her darker side Sadie Marks, are two halves of the same author. Between those two pen names, she has a total of nine published books now. All of them fall under the category of power-exchange romance.
Kessily’s books tend more towards sexy romance with a side of domestic discipline, while Sadie has been sticking to sci-fi, with her race of Dominant aliens who are looking for a few good humans to call their own.
She has been in love with fantasy, sci-fi and horror since she was a child. She grew up reading Stephen King, Asimov, Robert Heinlein, and others, so it was only natural that one day she’d write her own worlds—though hers do seem to have a lot more sex and BDSM in them.

Sam loves her, but can he be the Daddy she needs?
Claiming His Brat

Daddy Takes the Reins Book One 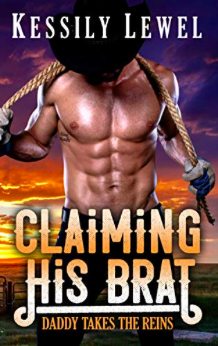 A rekindled romance. A second chance at love. The Daddy she needs.

When family tragedy brings Charlie back home to the ranch, she ends up face to face with the man she walked out on years before. Sam is just as hot and bossy as ever, but Charlie knows she made the right choice all those years ago and she's determined to stay away.
But when her father’s will throws the two of them together, it quickly becomes clear that their explosive chemistry can't be ignored.
Now he’s in charge whether she likes it or not, and it’s bringing back all those memories of what they had before. But if things are going to work it has to be different this time. She knows what she needs. She needs him to be her Daddy. The only question is… can he handle her?
Isn't this just the most scrumptious cover!? Releasing on 15th October, this is already available for pre-order so you can get your copy HERE!

And here's a sneak peek to tickle your tastebuds.

“Don’t take that tone with me Charlie girl, unless you want to go over my knee!” Sam snapped back.
Her mouth dropped open, but she couldn’t ignore the surge of arousal that rocketed through her, soaking her panties and making her nipples harden into points. “I…you…you can’t do that!” she blurted, taking several steps back as she said it, just in case he was planning to do exactly what he’d threatened.
He got to his feet and moved around the desk like he was stalking her. Somehow, he got between her and the door, and then he was backing her against the wall and bracing his hands on either side of her to trap her right where she was. “You want to bet on that, kid? I’ll do it right here. Pants down and everything, imagine someone walking in and seeing you like that,” he said in a low threatening growl.
Her eyes widened and her breath caught in her throat. A small pulsing had begun, centered low in her body and for a second, she was tempted to say, ‘yes please!’ but she couldn’t do that. “I didn’t give you permission to discipline me, Sam.” She hadn’t meant it to sound so cold, but the ice she was using to keep her emotions in check crept into her voice.
He stared at her and then slowly dropped his arms and took a step back. A shuttered look came over his face and all the passion vanished leaving a neutral expression she couldn’t decipher. He gestured towards the door. “Go on then. You know I’m not going to force anything on you. You want to be a brat and then say no, that’s on you. I’ve got work to do.”

And that's not all!
If sci-fi is more your thing, then take a look at this.

part of the Dark Galaxies Anthology

Do you like your romance a little on the dark side?
From space stations to star ships to distant planets, wherever humans go, romance follows. But it’s not always all hearts and flowers. Sometimes intergalactic love comes from much darker sources than the stars that light the way.
In this limited-edition collection of amazing new stories, New York Times, USA Today, and international bestselling authors bring you a whole new galaxy of dark science fiction romance. Get it here!
Exiled from her colony for refusing to be part of their breeding program, Mara finds herself captured and claimed by Jahk, the first male who finds her in the wild. Despite her anger and frustration at being forced to obey the dominating Alpha male, she can’t help but feel the attraction between them.
She doesn’t want a mate, but she can’t fight biology and once she goes into heat neither of them will have a choice. In a desperate attempt to escape her own biological imperatives, she nearly loses her life.
Now, Jahk is determined to keep her safe no matter what it takes, and he’ll begin by training her to obey.
Warning:
This romance is on the dark side, with Dominance and scenes of punishment and discipline. If that’s not your cup of tea you probably won’t enjoy this book.

You can follow Kessily on your favourite media, but if you sign up to her Newsletter you can also get your hands on a FREE copy of

Architect of his Desire 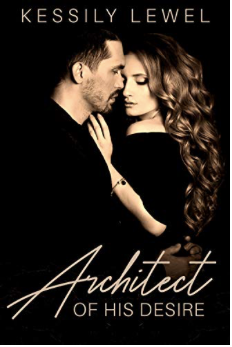 Or come and join in the fun in our joint reader group.

Click here to join!
We will be hosting our 1st Anniversary Party on October 17th
There'll be a whole lot of fabulous authors dropping in throughout the day with games, giveaways, prizes and a $25 gift card up for grabs. 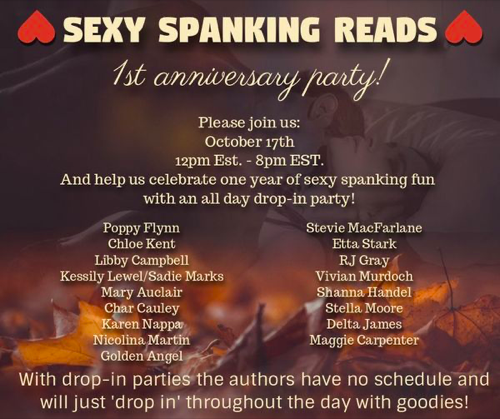 Looking for a great book deal? Check this out!

Looking for a saucy read this weekend?  Look no further!

Golden Angel has a fantastic book on sale at a fantastic price, and having read this myself, I can honestly say it's highly recommended. A club romance after my own heart. 💟

Bound to the Past 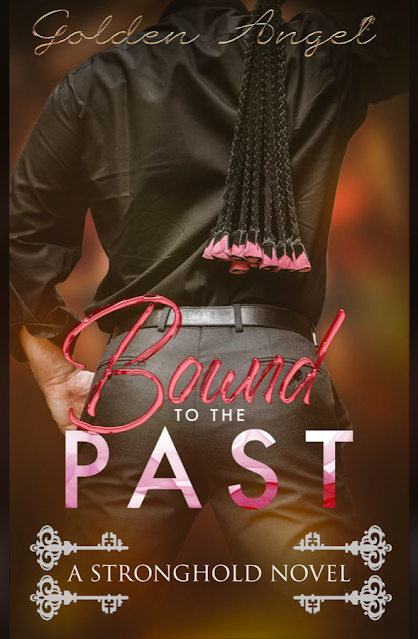 They were young. They were in love. And in a single instant they were over. Andrew never fully recovered from how they ended. After years apart, Kate has suddenly returned, and Andrew is determined to get the closure he needs to finally put their bittersweet past behind him.

But spending time together proves to be more complicated than this duo expects. Their friends are worried, Kate's sister is still working against them, and they've both grown into entirely different people.

When Kate decides to take the plunge and scene with Andrew again, a second chance seems all but guaranteed, but the messiness of their breakup won't be settled without a fight. This time, will Kate and Andrew choose to battle for each other? 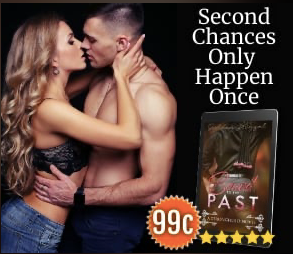