Creating a short biography and outlining my first writing experiences, reminded me of the poetry I used to write & encouraged me to have a look for the books that I filled as a teenager, 35 years ago!
It really is so full of 'teenage angst' that some of it is truly cringe-worthy, but it also shows a journey. I guess every teen thinks that whatever they have to deal with is absolutely the worst thing ever. It's all just a part of growing up.
So far I've only been able to dig up one book. I wish I could find the first as it was far more childish and hopeful, but until that one comes to light, let me share some long ago offerings from an angst ridden teenager in the early 80's, who never had the slightest thought of becoming an author. I think at this point, I was considering either social work or being a purser aboard a passenger ship - quite a breadth of interest there lol
I signed all my work 'Jester' a play on my maiden name.

Death of the fertile mind

It's been a long time and things are getting worse.
There is one sure sign.
Even my beloved poetry fails me now.
The dates are few and far between.
Feelings so strong and so indefinable that
even the pen and the fertile mind have drawn...A blank.
Something has died.
Through sweltering heats that burned the shell,
the depths are still frozen cold, numbed.
Nothing is felt.
No anger, no frustration, no hate, no resentment, no sadness
And NO happiness.
Something HAS died.
It started with the heart and then, slowly,
like a crippling cancer it spread to the rest of the body.
Stealing the soul, creeping into the recesses of the heart and mind, numbing the brain,
and leaving just a shell.
A cocoon coma'd being,
pretty to look at, a nice adornment, the perfect ornament.
But most definitely empty.
It's been a long time,
And things are most definitely getting worse.
Jester

Forever after the loves of my life
have slowly drifted away.
After the last sky has turned from
morning pink, through blue to grey.
Even after the force of the waves has been crushed by the hand of the icicles heart.
Beyond the day when Satan and God
together will refuse to part,
Our bond is greater than all spheres
of any impossibility
and you and I shall fly together
to the end of eternity.
For whatever happens, whatever I do,
I know in my heart I will always have you.
Jester

One of the things I did when I wrote my poetry was to note my inspiration. This piece was dedicated to a large, plush owl, which belonged to my neighbour and which after months of admiring, they gave to me for my 10th birthday.
To this day, I still have 'Magic Owl', though he is somewhat worse for wear! Wingless, beak-less and one eared. Here he is 😍... 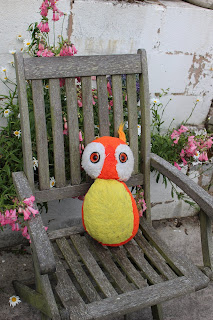 I stood and looked at the hills.
They were bathed in the pale golden sun of early evening,
and it seemed that I was taking them in with a new appreciation.
Seeing the trees for the first time,
their beauty and fullness seemed to me to have a new depth of clarity and detail.
And the hills themselves seemed to have a more voluptuous curve with extra definition.
The colour, echoing the sky in its greenness, a subtle hint of blue within its shade.
The trees had a flashing silver sparkle in their sway,
the movement of their whole mass seemed to have added grace.
Each singular tree swaying in a similar way to that of a submerged anemone,
each movement captured in slow motion.
And then it came to me.
I was seeing these hills for the first time.
My first time seeing them washed over by the tide of summer.