When dark magic threatens Leo’s life, only Caroline’s power can save him… 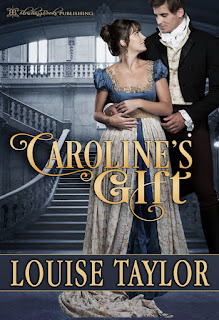 The young ladies who attend Miss Bertram’s Academy call themselves Practitioners, and use
their skills to help, heal and defend those in need.
War hero Leo Sterne doesn’t know it yet, but he’s in need of all the help he can get. A centuries-old curse has caused the premature death of every Earl of Ravenshaw, and he has just inherited the title. The clock is ticking on his survival, and the most inexperienced young lady at Miss Bertram’s has been assigned to save his life.
Caroline Noone has only her wits, training and an unpredictable assistant to aid her, and she is shocked to discover that the mysterious stranger who has been haunting her dreams for months is the new earl. Passion flares between them, but what will happen when disaster strikes?

“I am the master here, and you will do as you are told!”
“You have no power over me!”
As soon as she said “power”, something changed. She would ruminate on it later, when they lay panting on the floor of the library, but at the time all she could do was watch, wide-eyed, as the handsome earl’s eyes flashed with heated emotion and he lifted her from her feet.
Before she knew what had happened, he had sat back in the armchair and bundled her over his knee. She flailed with her arms, but they were swiftly and firmly pinned to the small of her back by one of his large hands.
“Tell me what you know, or prepare to take your punishment,” he ordered.
“Let go of me!”
“Very well,” he said ominously. “You were warned.”
His hand landed on her backside, her thin silk evening gown giving her no protection from the force of the impact. She opened her mouth to shout, but the sound stuck in her throat; three more blows landed before she could let out anything more than a gasp.
The more he spanked her, the more that she refused to tell him what he demanded to know. Her pride, already damaged by her uselessness as a field operative, would not let her give in to the demands of the man burning her backside with his right hand!
“Tell me what I wish to know, or I will be forced to take further action,” he told her, a slight hitch in his authoritarian tone.
She knew what that meant; she had dreamed of it less than a week ago. At the time she had been convinced that she would never allow herself to be manhandled in such a way. Now, however, she was too far lost in the pleasurable haze of heat emanating from her backside to be able to stop what she knew would happen.
She remained silent long enough for him to get the message. He acted just as the dream-version had; he yanked at her dress, pulling it up over her hips before grabbing at the ribbons that fastened her drawers. He snapped them in his haste, pulling the fine material down over her hips and exposing her naked backside to his eye. Down came his hand on the reddened skin of her backside, not stopping until he had delivered ten sound smacks.
“You can stop this whenever you wish, Miss Noone,” he told her, although the tightened grip on her wrists and the passion evident in his voice told her that he did not desire to stop the spanking.
That was all well and good; the pain in her backside had the opposite effect from that which he intended. She would not beg for him to stop - how could she, when that was the very last thing that she desired? The memory of the overwhelming pleasure she found at his hands was too good to miss out on experiencing in the flesh.