HOT New Releases! It's getting DARK!

Well, to begin with there's Book 4 in the Club Risqué series, 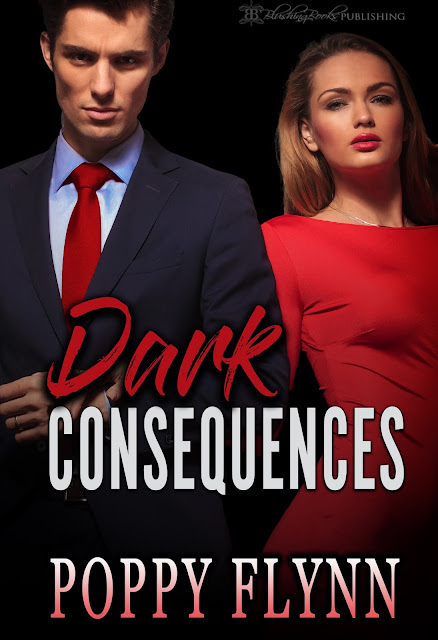 It was supposed to be fun. They were both experienced in the club singles' lifestyle, but from the moment Connor and Laurel meet, sparks fly, heat spikes, and everything suddenly gets complicated.

Laurel wants something long term with Connor and is determined to get it, even if it means having to push him out of his comfort zone. Little does she realise just how close she is to pushing him over the edge.

When Connor pushes back, everything becomes twisted and distorted until they both end up facing their own dark consequences. Can they find their way back, or will the secrets of Connor’s past destroy them both?

Publisher's Note: Book four of the Club Risqué series is a steamy, dark, sexy story which includes a theme of power exchange. If this is offensive, please do not read it.

Pain seared across her back, once, twice, more. Much more. Sometimes, she knew she was in too deep, but most of the time, she ignored it. She ignored it now. She was way past caring anyway, so what did it matter anymore?
And, yeah, she was lying to herself there, too. Just a tiny bit. Because it did matter; somewhere, deep in the furthest recess of her mind, she did care. Maybe.
Maybe that's why she was really here, taking such a severe thrashing from the club's ultimate sadist, Master X. Maybe that's why she had become his slave because, deep down, maybe she did actually care, and maybe with some minute sliver of understanding, she didn't want to let go of that final tiny thread.
Because as harsh and as brutal as it might appear to an outsider—as unfathomable and aberrant as it might seem, even to some of her friends—this single gossamer filament of masochistic intent was the only thing that was keeping her receptive to the rest of her life.
The welts, the bruises, the pain she chose freely and consensually were the only things, these days, that reminded her that she was alive.
As contradictory as that might sound, and Micah—or any other psychologist—would have a field day with it, she was sure, Laurel knew, on some deep, subconscious level, that without this ritual, this pain and humiliation to prickle the edges of her consciousness, then she would be lost.
If the flimsy thread of sadomasochism that tethered her shakily to this life was severed or broken, then Laurel knew, without a doubt, that she would succumb to the welcome oblivion that whispered to her mind and called to her body. That bleak, insidious darkness that constantly slithered just the barest fraction below reason and rationality. Waiting.
Waiting for the string to be cut so that it could gobble her up into a pit of desolation that she would never return from.
It called to her relentlessly. Incessantly. Whispering to her to give up, to give in, to succumb to the blackness and despair and free herself from this mortal coil, to snap that final, fragile strand of mortality which tethered her to this precarious survival.
So, whether it was logical, or rational, or sane...or not, Laurel came here, to Club Risqué. And here, she instead succumbed to the pain.
Because in pain, at least, she could feel. She could scream; she could cry.
She could escape the subtly deceptive numbness that slithered its sinister and treacherous fingers stealthily through her mind and body, through her thoughts and feelings, with its devious and sneaky promises of detachment and indifference.
Instead, she freely embraced the physical torment and the erotic humiliation in one last, desperate struggle not to surrender to the final, peaceful void of nothingness that would be her demise.

As you can probably already tell, this newest edition to the Club Risqué series is a lot darker and more intense than the previous books. 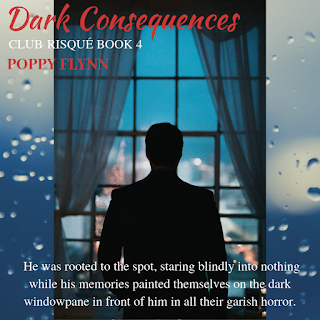 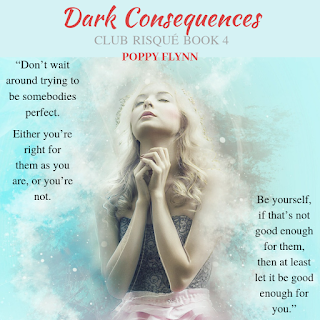 And since we've started dark, why not get even darker? Here's a sneak peek at Felicity Brandon's new release, which is book one in the prequel to the excellent 'Dark Necessities' Trilogy' 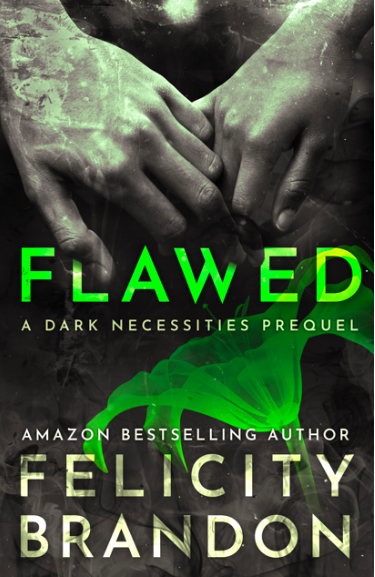 One powerful serial killer. One visceral connection.
One deadly secret that should have stayed buried.

Men like Ethan Reilly should never fall in love. Dark, enigmatic and dangerous, Ethan is the perfect predator until he meets Lily Simpson, a woman passionate enough to placate him and strong enough to surrender to him.

For a while Lily’s love is enough.

But the darkness inside Ethan is too powerful to contain, and soon it spills into their burgeoning love affair. As he wrestles with his demons, Ethan must come to terms with who he really is, but if he does, what happens to Lily? Can any love be strong enough to survive a past as terrible as Ethan’s? And what kind of future can they forge from the ashes of his awful admission?

Read Flawed, a Dark Necessities prequel, and discover the making of not one, but two monsters.

How the hell had this happened? One moment she’d been braced for another night of cozy intimacy with her new lover, and now she was naked and bound in his bedroom, and about to be secured to the coat pegs behind her. Lily’s breath hitched as that realization fell over her. He was going to tie her to the hooks on his wall—like a piece of meat! She inhaled at the thought as the ropes at her wrists tugged her arms higher behind her back. This was getting serious, and while her heart was in her throat with trepidation at the sudden jeopardy, Lily was more than aware that her pussy was soaking with her desire. For whatever reason, her body fucking loved the peril, and there was no increase in her heart rate that was going to persuade her otherwise. The gorgeous man she was so obviously head over heels in love with was doing the basest things to her, and it was driving her wild with lust.
“You might need to bend over to alleviate some of the pressure on those arms.”
His voice vibrated over her, and it took a moment for her brain to catch up with his words. One swift tug of the ropes at her wrists brought her back to the moment though, the awkward motion making her wince until she took his advice and bent forward. The deed allowed her arms to rise a little further.
“Better,” he told her in a curt tone. “But widen those legs. I need you to be able to balance.”
“Yes, sir,” she panted and all at once, her stance shifted to accommodate Ethan’s request.
“Mmmm.”
His tone was croaky as he shifted back in front of her body, but Lily couldn’t see his face this time, only the trousers of his suit, and the drying patch at his groin where her tongue had lapped up his salty fluid.
“You look fucking amazing.”
Lily panted at his words, but this time she had no ability to compose herself. His words seemed like the precursor to something else—as though all of this was just a warm up for whatever Ethan really had in mind, and the thought was paralyzing.
“Sir,” she whispered, though Lily barely recognized the hoarse voice that came from her lips.
“Shhh,” he soothed, and one of those large hands stroked back the hair from her face. “You’re beautiful. My beautiful, good girl.”
She closed her eyes at his touch, tilting her head toward his hand, but in a moment, it disappeared, and she watched his body stalk back in the direction of the open drawer. Lily’s belly clenched at the sight. She didn’t know what he kept in there, but she knew that was where the ropes had come from, so it didn’t bode well. Ethan returned a moment later with two clothespins in his outstretched palm. He seemed to slow his pace as he approached, dropping down to crouch in front of her body.
“Your breasts are so wonderful,” he drawled, falling to his knees as he crawled the short distance to her chest. “It’s only right I get to play with them.”
Ethan didn’t give her time to respond. His hot mouth was at her left breast at once, the suction there producing a low groan from Lily as his hand massaged her other breast.
“Oh, God,” she gasped, struggling to remember to breathe as the intensity of the sensations washed over her. “Sir, please.”
He released the tension, chuckling lightly. “Is that a thank you, sir?”he asked as he glanced up at her expression.
Lily nodded. “Yes. Yes, thank you, sir.”
Their gazes locked at that moment, and Lily could have sworn she saw the devil in Ethan’s dark eyes. The look took her breath away again, leaving her stranded somewhere between frustrated arousal and hypnotizing fear. 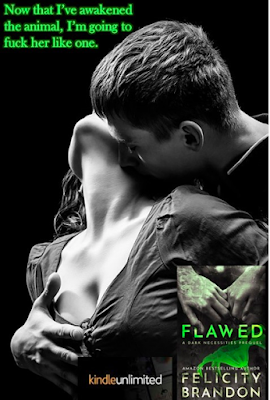