From Mountain men to Vikings - it's all HOT!

Hello everyone.
On my blog this weekend we are straddling the centuries, but you can guarantee that the men will be just as hot, regardless! Whew!

First up we have Chloe Kent with her new release:

A Baby for the Mountain Men 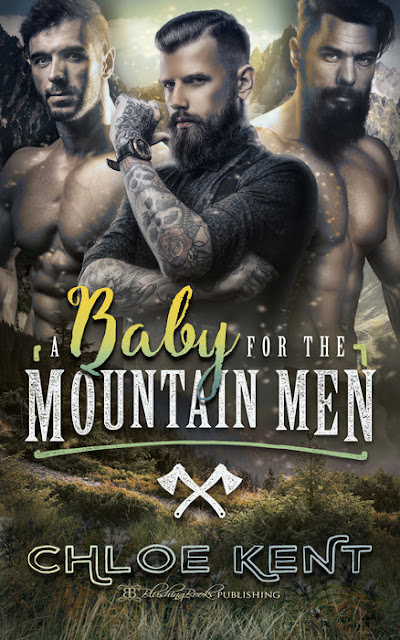 She was promised to the mysterious mountain men in order to have their baby. Now they’re ready to collect their reward.

Twenty-one-year-old Soraya has lived almost her whole life under the shadow of being promised to the mysterious men in the mountain – a deal struck in return for saving her father’s life. Now the time to present herself at their door has arrived.

For Soraya, this means going from the sheltered, friendless, cruel and unloving care of her grandmother to an equally daunting and strange situation in the eerie mansion hidden deep in the dark mountain. There are rumored to be hideous monsters gracing the dilapidated castle-like house, but nothing prepares Soraya for when she meets the three men determined to extract their repayment in full.

For the sake of her father, she’ll pay the debt, then she’ll start living the life she was meant to live…until their bold, immodest examinations and hot intimate discipline leave her quivering and questioning everything.  Shrouded in the darkness is a devastating secret that will leave her entirely undone.

Publisher’s Note: This steamy, contemporary reverse harem romance contains elements of mystery, ménage, and power exchange and is intended for those who like things a bit naughty.

Here's a little sneak peek to whet your appetite. I don't mind telling you that I've already purchased my copy and I can't wait to read it!

Okay, seriously, they were being big babies about it. They stopped itching the instant it was rinsed off their bodies, couldn’t they just say nice one and leave her alone? But no, of course that was not how it worked. She had to be obedient. Still. Silent. Invisible. Because she wasn’t their first preference. She wasn’t their preference at all.
They weren’t wasting any time. Logan took his place behind her now. “Lean down, hands on the desk at all times. Move them and you’ll be sorrier,” he told her then flipped her skirt up to her waist and because she was standing so far from the desk, the bundled-up fabric rested in the curve of her lower back. He then pulled her panties down to expose her backside and her cheeks flamed in embarrassment.
She thought about something snarky to say but every thought fled the instant Logan brought that riding crop down across her buttocks. He didn’t even give her a breather before he delivered the second which burned right through to her soul.
“You will receive twelve strikes,” he issued and struck her again. Oh God. The third was too much. She sprang up and put her hands behind her to protect her flaming ass. “Hands back down and don’t do anything that stupid again,” Logan said softly but the threat was so clear in his voice she did two things. She obeyed and felt her pussy pulse between her legs. “And for that you will have the uncomfortable task of wearing a butt plug for a whole week,” Logan said further.
What? A butt plug? How deranged were they? Wait, there were plugs for one’s butt?
“I’ll get one tomorrow,” Noah offered. She didn’t need to look behind her to know Logan nodded his approval. “And if you continue to be rowdy during your punishment, my brothers and I will have no problem of immediately finding anything in this house that may suffice as a butt plug. Understood?”
She couldn’t. She just couldn’t anymore. But she nodded as he continued to whip red stripes into her flesh. The entire scope of her feelings running through her, left her disorientated. She was scared, and utterly angry, in searing deafening pain and wholly aroused.

Chloe Kent:
Writer of Romance.
Sometimes a sassy heroine needs more than one hero.
Reverse harem and happily ever after spanking romances!

Now, our second treat for today's blog takes us back a few centuries. How do you fancy some rough, tough Vikings?
Well, you're in for a real treat with this box set, because there are not one, not two but a whopping nine Viking stories for you to drool over in this great value anthology. 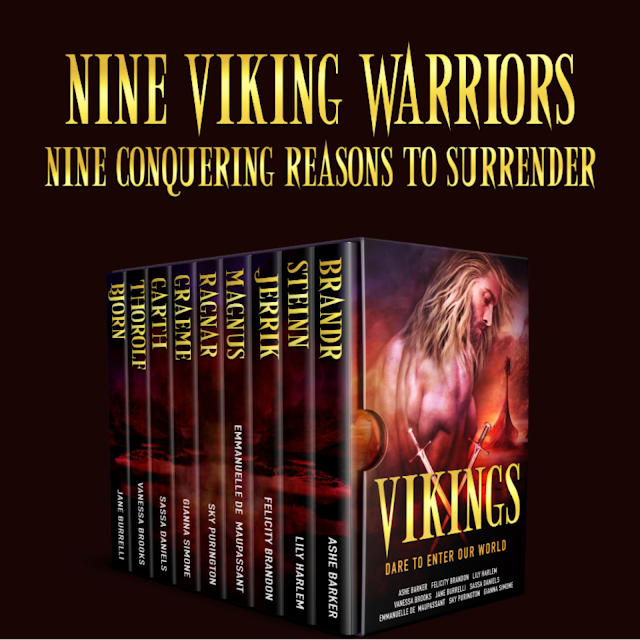 This delicious set of all-new Viking romances is available for a limited time at the heavily discounted price of 99p/99c.

Available on Amazon, Kindle Unlimited and also in paperback.
⬇️ Get it here! ⬇️
viewbook.at/VikingSurrender

Filled with action and suspense, this summer’s hottest beach read comes in the shape of Vikings!

Battle-hardened and broad-chested, with arms strong enough to sweep you off your feet, these warriors are pure muscle, with shoulders built for carrying you to bed.

A tiny Scottish settlement at the mercy of its enemies.
A harrowing bargain struck for nine fearful and reluctant brides.

Delivered into Viking hands, the brides of Achnaryrie now belong to their conquering masters but, as wedding nights bring surrender to duty, will fierce lovers also surrender their hearts?

Against the forbidding backdrop of medieval Scotland, join these indomitable heroes and intrepid heroines as they discover that the raging storms of fear and passion can transform into enduring devotion.

Finally, have yourselves a wonderful weekend and watch this space  because Club Risqué Book 6 - Slave to Love (Micah's story), is due for release in mid August. 🙂
at July 27, 2019