New Releases and other Goodies

Yes! Tormented Dreams is live! Not only that but you can read it for free with a Kindle Unlimited subscription as with the entire Club Risque´ series. But here is a little sneak peek to whet your appetite 😉
Of course, if you're already convinced, here's the universal link: 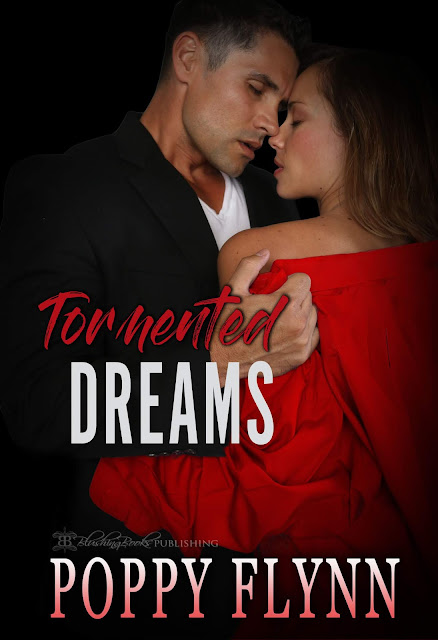 
Grace had to hide a little smile as she blatantly bent over in front of Xavier and anybody else in the club who cared to look. She didn't know quite what had gotten into her. She wasn't some lithe, nubile young girl on the prowl for everybody's attention and didn't normally act that way. But something sure had her laying it on uncharacteristically thick and making a little bit of a show of it.
Usually, she was far more matter of fact, stripping down with no flash and fanfare as quickly as she could in order to get right down to business.
Xavier, it seemed, brought out the quixotic and vivacious side of what was usually a rather more no nonsense, down to earth attitude. Who would have thought?
She turned back to him and watched his eyes flare as she stood before him, naked but for the sky-high heels she was wearing.
Nevertheless, if it hadn't been for that brief tell, she might have thought he was unaffected by her little strip tease, since he held his features in an otherwise impassive mask which was enough to get her pulse racing. Lord, how she adored a forcefully assertive Dom!
Without another word, Master X pointed to the floor at his feet and Grace sank to her knees in front of him, dipping her head and adopting a classic kneeling position with her thighs splayed and her arms clasped behind her back so that her chest was automatically thrust out.
She figured Master X would have been more specific if he'd had a particular presentation in mind and, in truth, there was still that imp inside her which wanted to continue to tease him with this rather more provocative pose.
Xavier took a step closer still and grasped a handful of hair, forcing her head back slowly but inexorably until she was looking at him. Lust flooded her system and she could feel her already slick pussy starting to weep, she was so very turned on.
God, this man could do things to her, with just a look or a gesture or the low velvet tone of his voice, that other men couldn't have done without having their hands all over her body.
It was insane, the level of desire he could bring her to with so little effort, and in all her years, both outside the lifestyle as well as in it, she'd never before felt it this intensely with any other man.
"There is very little I like more than a willing submissive kneeling at my feet, ready and waiting for me to fuck her mouth," Xavier rumbled, and Grace found her own mouth watering at the prospect.
"But first, I like to use her well, to have her embrace all of the pain I wish to inflict, to mould and shape her mind until she is reduced to a puddle of need and the only thing she is aware of is me and the sensations I can provide."
Yes, please! Grace screamed within the confines of her mind, but she was disciplined enough to keep her lips sealed shut.

For those of you who are fans of Dark Romance, I have not one but TWO special offers from the wonderful Felicity Brandon. These are time limited, so don't delay!

First up we have TAKEN currently on sale for 0.99
until April 17th 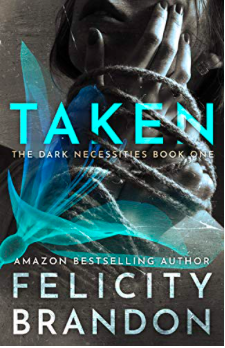 And if that's not enough, and you want to take it a step further, or you're arriving late to the party, then we also have the entire DARK NECESSITIES trilogy box set available for only 2.99 until April 20th, so snap yourself up a bargain with this link:

Finally, we have the completion of another fabulous trilogy from Brandi Evans called the
RED LIGHT FANTASIES.
If you're a KU subscriber you'll be please to know that they are available to you in Kindle Unlimited.

You can find all three books here: 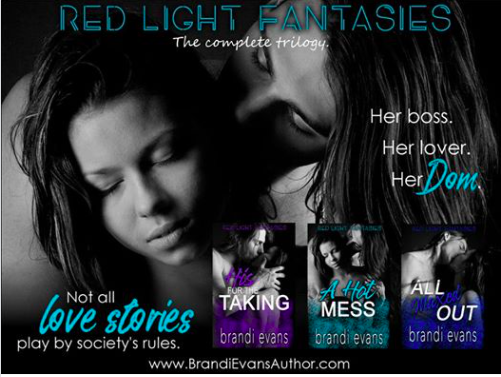