As promised, here is a look at some of those other fab new releases for you to choose from!
First up...

Misfortunes come in threes, don’t they? He was widowed, his father was murdered, and now the safety of his new love is in jeopardy.
A murder, a mystery, and now a buried treasure? 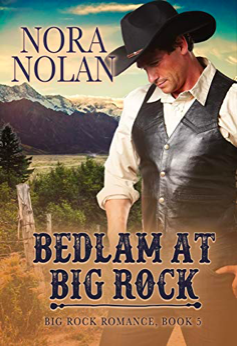 Blurb
Here's the fifth and final tale of the Old West in the spicy, fast-paced Big Rock Romance series.

Buck lost his wife to pneumonia and his father to murder within a few short months of each other. When he decides to crawl out of his mourning, he stops by to visit his friend, Dr. Elliott Larkin, and is introduced to Callie Mae Weathers and her friend, Lilac Indigo Preston. Buck had no idea his life would change so drastically within four short days! When he hires the Snow Detective Agency to help find his father's killer, Reed and Deacon Snow uncover information that could change all their lives.
Take a trip to Big Rock and enjoy humor, mystery, sweet love stories, heroes, villains, and a couple of women who obey their men most of the time. But, oh dear, when they don't…
Although all the stories in this series are technically standalone, the author advises that you might enjoy this one more if you read the fourth book in the series first, Big Rock Rescue. Better yet, treat yourself to all five in the series. You'll be glad you did!

Excerpt
It was late afternoon on a Sunday, a lovely sunny day. Callie Mae hummed, as she so often did as she went about her work. She had already put on collard greens and hog jowl to simmer and was just pouring the cornbread batter into a cast iron skillet.
“I believe it’s time, Callie,” Buck said from behind her.
She turned and saw him, and a feeling of dismay and apprehension came over her. He stood looking at her with an odd expression on his face, his hand poised on his belt buckle.
The color drained from her face. “Time for what?”
“You know what. We can’t put this off forever. Go ahead and put the cornbread in the oven to cook, then we can take care of it.”
She froze.
“Callie Mae, sweetheart, put the cornbread in the oven.”
Callie moved, but she felt dizzy, disassociated from her movements, as if someone else was opening the oven door and sliding in the pan in slow motion. She closed the oven door, then moved to her left to put her hands on the edge of the countertop to steady herself.
She stared at her hands on the counter. “Buck, please, we don’t have to do this.”
“Yes. We do. I’ll never be able to forget that day, and how I felt when I realized I could have lost you, all because you didn’t mind me. I told you then it would happen. I meant it. You need to know I keep my word. We both have to know that.”
Callie Mae turned around, leaning against the countertop. “But haven’t I been good since then?”
“Of course you have, sweetheart, you’ve been the best wife a man could ask for. But we haven’t had any rough times since then, either. It’s easy to be good when everything’s going the right way. It’s those days like that bad one that define us. Now, come on. Let’s go do this in the bedroom. It won’t take long, I promise, then it’ll all be over.”
Callie took quick shallow breaths, her mind frantically searching for an escape. She’d known since that day that this was coming, but a part of her had always held out hope she could find a way to get out of it.
“Callie? Come on.”
She still didn’t move.
Buck changed his stance and put his hands on his hips in frustration. “Do you want me to carry you in there?”
She didn’t respond, still trying to shrink into the cabinet.
He unbuckled his belt. “All right. We’ll just do this in here.”
Callie snapped. “No!” She screamed in a panic.
She ran past him, eluding his grasp as he reached out. She ran toward the hall with Buck in pursuit. In the hall, he caught her arm but she twisted around and escaped his grip. She kept running, heading back through the parlor toward the kitchen. Buck caught up to her again and grabbed at her waist, but she jerked away so hard he could only hold on to the fabric of her skirt. She wasn’t wearing a petticoat; she rarely did around the house. They both heard the skirt rip, and she was off again, this time out the front door.
Buck looked down at the little scrap of her skirt fabric in his hand, cursed, and headed outside. Once outside, he was able to open up into a full run, and with his long legs, he was upon her in no time. He held her left arm as he delivered a strong blow to her bottom with his right. She squealed, yanked her arm and managed to get away.
But not far. Buck tackled her, taking them both to the ground. Callie landed face down in the grass as Buck firmly took both her wrists and held them behind her back. He knelt with his left shin on her lower back and delivered another significant swat to her bottom.
There was no way she could escape this time.
“All right, little lady, we’re going to do this. I’d rather do it inside, but if you want to do it out here, I’ll oblige. Just know that you’ll be bare-assed, and I can’t promise any of the ranch hands won’t get an eyeful if they happen to come by.”
“No! Please. Not out here. I’ll go inside.”
“Good choice. You’ll have to forgive me, though, if I don’t trust you to go in under your own power.”
With that, he picked her up and hoisted her over his left shoulder. As he walked toward the house, hCe reached up under her skirt and ripped off her bloomers, letting them fall to the ground.
“Well- wh- you can’t just leave those on the ground!”
He swatted her again through her skirt. “I believe I can. Something tells me I need to save as much time and effort as I can. You can come out afterwards and get them if you want.”
As they neared the house and her doom, the thought of someone seeing her tattered undies mattered less and less, especially since she knew Buck must be furious with her right now.
What have you done to yourself, Callie Mae? You just made it so much worse than it would have been!

Next up we have two lovely ladies who collaborate under one pen name. This is their new release... 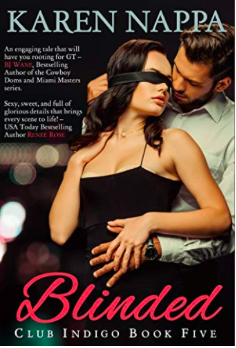 Blurb
Doctors make terrible patients, and this one will prove to be her biggest challenge – in every way possible!
He is a talented, successful surgeon… and Sandra hates him from the moment they meet. Injured in a rock-climbing accident, the arrogant doctor fights her at every turn during his physical therapy sessions.

It’s too bad all those hard muscles and hot-as-hell good looks are wasted on a man as domineering and controlling as GT Lewis. She is determined to keep him at arms-length… until he blind-sides her one night at Club Indigo.

Now that he knows her secret desires, will Sandra submit to his ropes and ultimately to his love?

Excerpt:
“Dr. Lew – ah,” she faltered, apparently recognizing she shouldn’t use his last name. He used her momentary state of confusion to grasp her arm and pull her away from the other submissives. For about ten steps, Sandra followed him meekly, then her brain kicked in, and she came to a sudden halt. He almost lost his grip, but he held on to her arm and turned to face her.
“Hello, Sandra,” he said with a smirk. “What a wonderful surprise to meet you here. I’m Greg, GT to my friends. I’d like it if you would call me GT, but Sir would be even better.”
Her eyes blazed, and she took in a big gulp of air. Before she could utter a word, GT calmly stated, “I don’t think you want to cause a scene, do you?” She let out her breath with a whoosh and shook her head. “Looks like we’re going to see each other again after all,” he said as he allowed a lazy grin to soften his features. He couldn’t believe how happy he was running into her, and doing so at Club Indigo had his mind reeling. To discover she was submissive and interested in Kinbaku? It opened so many possibilities he longed to explore with her.
Meanwhile, Sandra tried to pull out of his grip without making a spectacle out of it. “Let go of me,” she whisper-shouted with all the venom of a spitting cobra.
He perused her lazily and shook his head. “No, I want to hold onto you for a long time. Preferably with ropes, but my hands or cuffs would work fine, too.”
“I don’t think so,” Sandra hissed. “If you don’t let go of me, I’ll call red, and then you’ll be known as the Dom who won’t take ‘no’ for an answer. Do you really want that reputation?”
“Why would you do that?” He dropped her arm and they stood inches away from each other, breathing hard.
“Because I don’t want anything to do with you. You’ve been an asshole since the moment we met.” Sandra folded her arms over her chest and glared at him.
“Woman, can’t you let go of the past and give me a chance?” he asked in a soft voice.
“Why should I? You were a pain in my ass for weeks, and I was hoping never to see you again.”
He smiled wickedly. “Pity for you, we’re both members of this club, and we’re going to see each other often.” Right then and there, GT decided to adapt his work schedule to allow more frequent visits to Club Indigo.

Immersed in the D/s lifestyle themselves, they write realistic albeit romantic stories. When not dominated by their cats or their Master (in that order – even if it earns them a spanking!), they love going to Club Indigo and other places to discover the stories that are waiting to be written.
Follow them and be the first to know about new releases:
author's page on Amazon
Karen Nappa on BookBub
friend or follow us on GoodReads
connect with us on Facebook
follow Karen Nappa Author on Instagram
find us on Twitter
join us on AuthorsDB
Email us at authorkarennappa@gmail.com
Subscribe to the Karen Nappa Newsletter. For updates, exclusive content and free short stories. 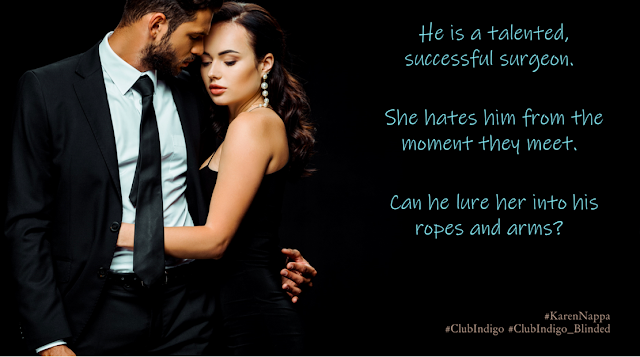